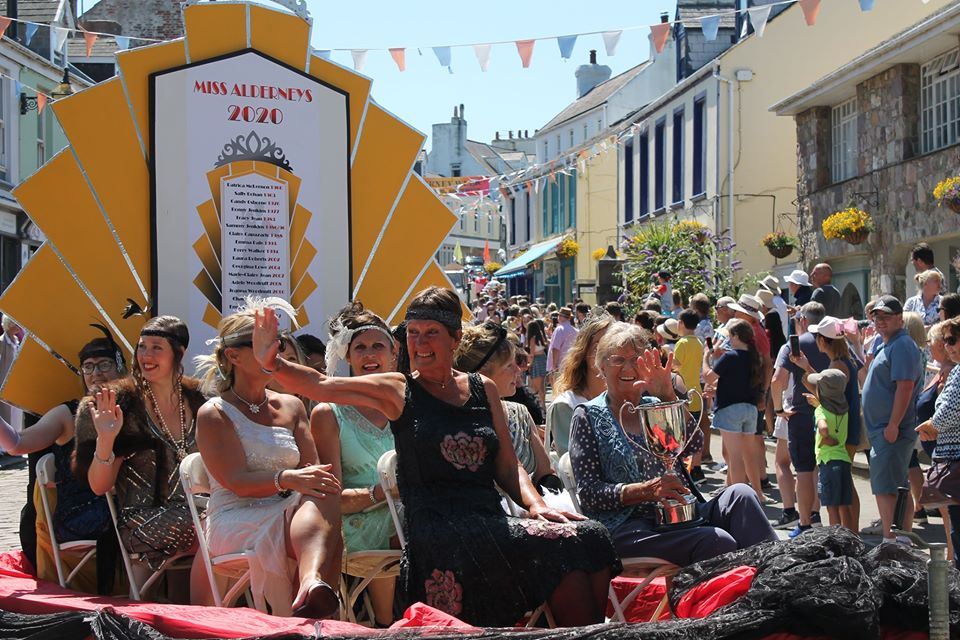 LET’S MAKE THIS YEAR’S CAVALCADE PARADE A CALVACADE TO REMEMBER!

Cavalcade Day on Monday 2nd  August marks the start of Alderney Week 2021 and this year’s theme is  “ALDERNEY ADVENTURES – THE SHOW MUST GO ON” .

This theme offers plenty of scope to create colourful, entertaining and funny floats and the Alderney Week team is hoping for a great cavalcade parade to celebrate the  73rd Alderney Week.

Let your imagination go wild and start working on your float and give it the WOW factor!

The five best floats will be rewarded with cash prizes. But nobody – even if your float has not made it into top five entries – will leave empty-handed, as numerous trophies and medals will also be awarded.

The Alderney Team hopes you will all raise to the challenge! But if you are unable to build a float, why not create your own themed walking group?

The run-up to Alderney Week starts with the traditional Miss Alderney Party which this year will take place on Saturday night 24 July at The Moorings, when Miss Alderney and her Maid of Honour will be elected and crowned and receive wonderful prizes. In the afternoon the Little Miss and Master Alderney Kids disco will also be held at the Moorings from 2:00pm to 4:00pm.

And there’s more good news for Miss Alderney and her family: No pressure this year to build a float for the Cavalcade.  A very special Miss Alderney float will be created by the Alderney Week organisers to lead the parade with Miss Alderney, her Maid of Honour and Little Miss & Master Alderney on board.

Here’s to a great Cavalcade Parade.