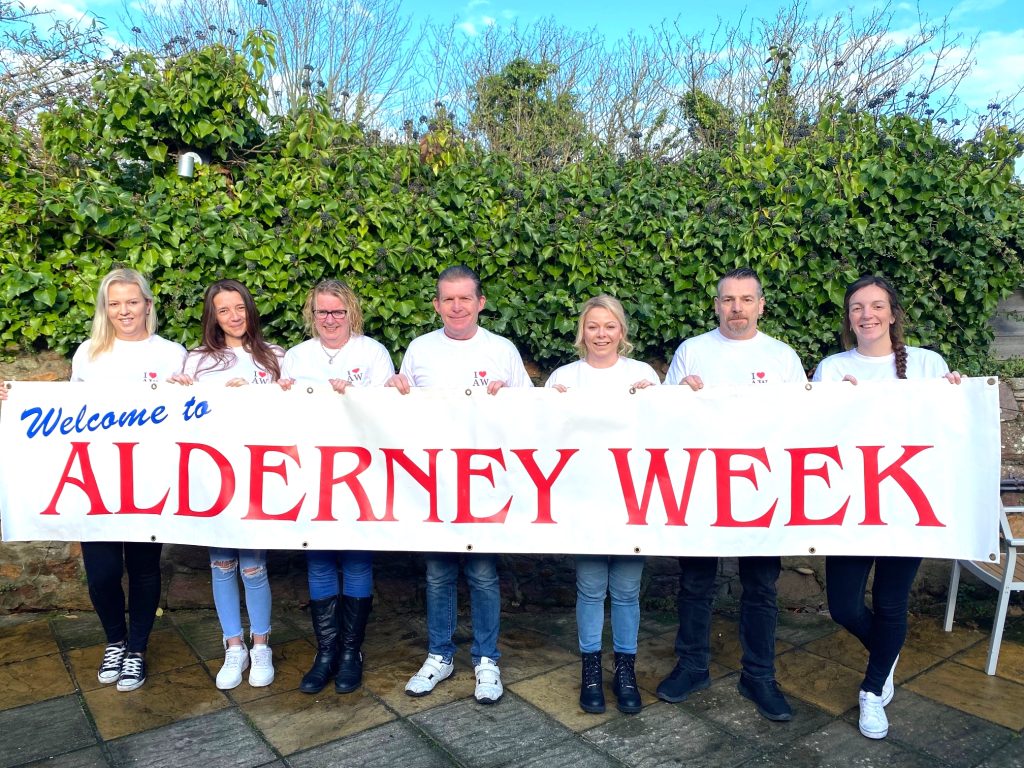 NEW TEAM AND NEW THEME FOR THE 73RD ALDERNEY WEEK:

It’s all change with a New Team and New Theme for the 73rd Alderney Week: 1 – 6 August

Alderney, 24 January 2022:  With over 100 events taking place during the first week of August, Alderney Week remains the Channel Islands’ biggest annual festival. It’s a big challenge for the organising team which relies heavily on an army of volunteers to pull it off.

Two years ago, Ronnie Cairnduff and his team stepped in to run Alderney Week once again.   Sadly, due to last summer’s sudden upsurge of the pandemic, they were forced to cancel Alderney Week  2021 – the first time since 1948 that  Alderney Week did not happen. This was a big disappointment not just for the good people of Alderney, but also for Ronnie and his team who had pulled out all the stops to deliver an action-packed programme of events.

Now for the good news: It’s all systems go for Alderney Week 2022 under the wings of a  brand new team –   headed by Wayne Chandler and his wife Vicky. 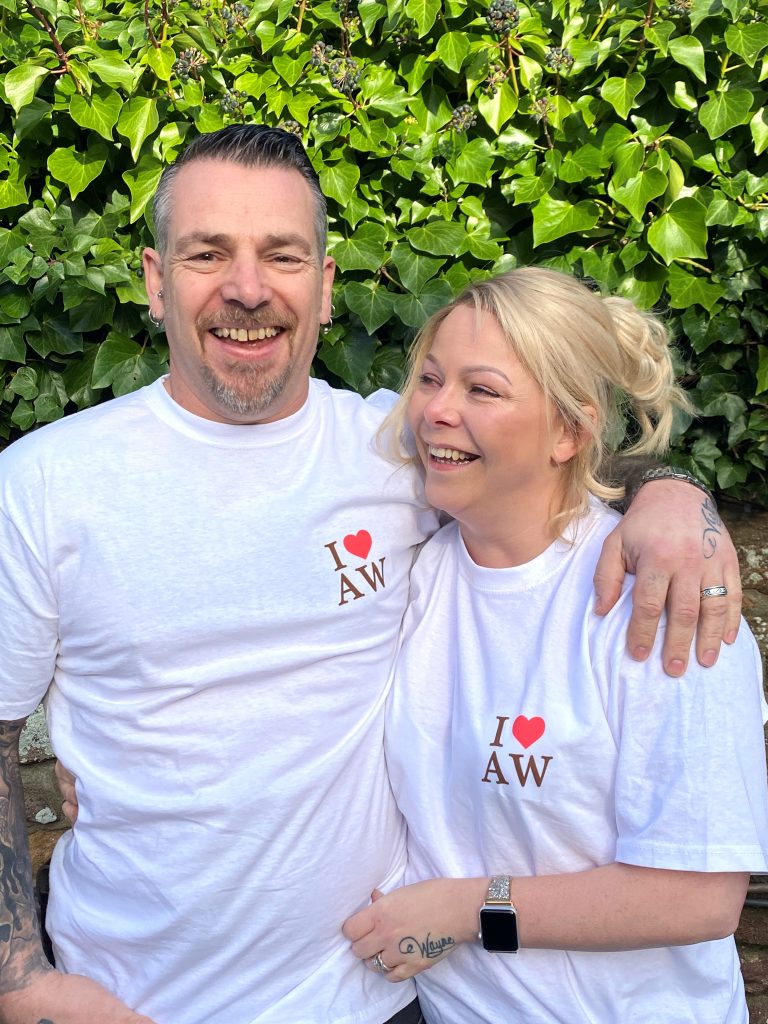 Team leaders Wayne & Vicky Chandler: Since 2012, Wayne and Vicky have been involved in organising and running the highly successful annual “Rock the Rock” Festival which raises many thousands of ££ for Alderney Cancer Relief and local charities, always takes place in the Alderney Week marquee the Saturday before Alderney Week. Wayne, a keen biker who loves life in the fast line, helped to organise the exciting annual Motor Sprint and Hill Climb in its early days and subsequently got back on his bike to take part in the races.

Team members James & Tracey Clarke are also very much involved in helping to organise the “ Rock the Rock” Festival, as well as the highly  successful “Stars for Your Eyes” spectacular,  in which James, Tracey and Vicky also perform as celebrity pop stars.  In his spare time, James is a very popular DJ, setting the scene for everybody to dance the night away.

The other team members are Claire Digney (Miss Alderney 1998)  Kimberley Clay (Vicky Chandler’s sister  who was an Alderney Week Maid of Honour in 2006),   and Caitlin Cotton who is no stranger to show business, having starred in   “Stars for your Eyes” and “Peter Pan the Panto”.

This theme was chosen in memory of the late Ray Parkin, who sadly passed away in September last year. He set the foundations for Alderney Week to grow into a week-long event of non-stop fun and frolics. “In our eyes, Ray Parkin was Alderney’s Greatest Showman”, said Vicky Chandler.  “Without Ray Alderney Week would not be what it is today and this year’s Alderney Week will be our tribute to Ray”.

“After another difficult year that seemed to be ruled by Covid restrictions, we want to bring back the fun”, said Wayne. “And this year’s theme will provide plenty of scope for floats, costumes and events”.

Over the next few months, the new Alderney Week team will be working on the programme of events which will kick off on Monday 1 August with Cavalcade Day and the lively and colourful Cavalcade Parade.  In addition to many of the traditional popular favourites – such as the Daft Raft Race, The Man-Powered Flight, the Gala Spectacular and the ultimate Torchlight Procession and amazing fireworks, the programme is expected to feature several new events and local and visiting musicians and bands will be providing great live music. And, if anybody would like to suggest any new feasible events, please email info@alderneyweek.com with your ideas.

Ronnie and Lee will still have a direct involvement with Alderney Week, as they will be creating and staging one of the biggest highlights of Alderney Week – the Wednesday Night Gala Spectacular.

Commenting on today’s announcement, Ronnie Cairnduff said:  “This is all excellent news.  I have known Wayne for several years and we have worked closely together with Rock the Rock. After numerous meetings and discussions with Wayne and Vicky, and more recently with the whole team, I am absolutely convinced that Alderney Week is in very good hands”.

“Wayne, Vicky and their team bring with them the enthusiasm, energy, plenty of ideas, initiative and commitment to guarantee its success.  And, as a close friend of the late Ray Parkin, I am particularly moved by their decision to honour him with their chosen Alderney Week theme “

Sadly, for the past two years Covid restrictions prevented the outgoing team from organising a Miss Alderney election party in time for Alderney Week. The last Miss Alderney was Abbie Chandler in 2019. Abbie, who is Vicky & Wayne’s daughter, still holds the title. This year Alderney Week is looking forward to Miss Alderney 2022 heading the parade. She will be accompanied by her Consort, as well as Little Miss and Master Alderney.

On Easter Saturday afternoon 16 April Little Miss and Master Alderney will be chosen during a special children’s party at the Butes Centre. And that evening, at the Miss Alderney Party, Miss Alderney 2022 and her Consort will be elected and crowned.

More details about both events will be confirmed in due course.

And more details of the programme of events will be announced regularly and updates will be published on our website www.alderneyweek.com and on our Facebook page. ENDS